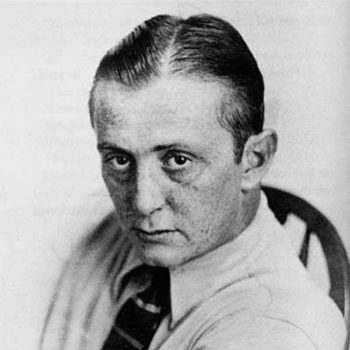 WHO IS JOHN FANTE

John Fante was born in Denver, Colorado, on 8th April 1909. His father had emigrated to the US from Abruzzo eight years earlier. His first novel, The Road to Los Angeles, was completed in 1935 but only published after his death (in 1985). His first published novel was Wait Until Spring, Bandini, which came out in 1938, followed in 1939 by the world-famous Ask the Dust. Amongst his other works are Dreams from Bunker Hill, The Brotherhood of the Grape, Dago Red, The Big Hunger, West of Rome, 1933 Was a Bad Year, Full of Life, and Brave Burro, all of which have also been translated into Italian and published by Einaudi Stile libero. John Fante died on 8th May 1983.

John Fante’s father, Nick, was born in Torricella Peligna. A bricklayer by trade, like many other Abruzzesi he decided to emigrate to the United States in search of a better future. He was in his early twenties when he landed at Ellis Island in 1901, and he went on to settle in Colorado. Shortly afterwards he married Maria Capoluogo, an Italian-American born in Chicago whose parents were originally from the Lucania area of Basilicata in the south of Italy. The couple had four children: John Fante was the first-born.

Nick Fante’s working life and his attachment to his cultural roots, to Abruzzo and to Torricella Peligna, all had a considerable influence on John Fante. Even though he was born and raised in the US and can be considered the father of the Los Angeles novel, Fante’s work is heavily influenced by emigration from Abruzzo. At times he displays clear signs of conflict with his cultural roots, but there is always compassion there for his loved ones.